The Power of Money 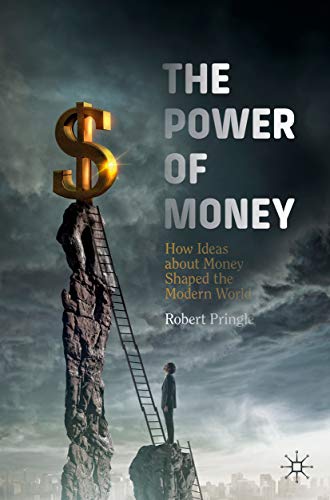 Shows how beliefs about money, as well as attitudes and values towards it, have varied between societies and specifically how they have changed over the modern era since 1900.

Discusses the creation of a global money space, which the author dates to the last quarter of the 20th century, and explores its features.

Describes features of the new money society that inhabits the global money space and shows how each society, and indeed successive generations of the same society, has made its own unique arrangements to govern money.

Innovation in money is just as important as innovation in any other sphere of activity; money is always a “work in progress.” In fact, history shows societies have tried out a wide diversity of monetary arrangements. Ideas about money have played key roles at crucial turning points in world history and during national histories. Recently, a new global money space has been created, a joint venture between the public and private sector.

This book explores the new money society that has grown up to inhabit this new space. The book has several aims: Firstly, the book shows how beliefs about money, as well as attitudes and values towards it, have varied between societies and over time, and specifically how they have changed over the modern era. Secondly, the book shows the powerful effects that changing ideas have had on events, including wars and revolutions, recessions, booms and financial crises. Thirdly, the book recounts the creation of a global money space, dated to the last quarter of the 20th century, and explores its features. Fourthly, the book describes some characteristics of the new money society that inhabits the global money space. Fifthly, the book shows how each society, and indeed successive generations of the same society, has made its own unique arrangements to govern money – i.e. how it comes to terms with the power of money.

The author argues that we need to develop a new arrangement now and suggests that we have much to learn from recent creative work in a number of fields ranging from the sociology of money to contemporary art. This approach sheds new light on a number of controversial issues, including the rise of crony capitalism, growing social divisions, currency wars, and asset price bubbles. 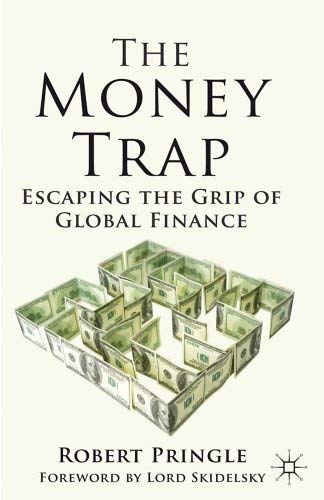 The Money Trap discusses how governments have failed to understand the roots of the rolling crisis and recession of 2007-12 and argue that these roots lie in the interaction of an elastic credit supply, dysfunctional banking systems and an unreformed international monetary system. Robert Pringle argues that a root-and-branch reform of both banking and of international money is required, although reviewer Alex Moore finds that the book is not an entirely convincing case.

Two weeks ago, delegates at the Republican National Convention nominated Mitt Romney as their Presidential candidate. No surprises there of course, but the party platform did throw up one or two interesting bits of policy. Perhaps the most unexpected was the proposal for a commission to “consider the feasibility” of a return to the gold standard. With the election so close, reaction from the Left has been predictably negative: “An almost comically (and cosmically) bad idea” blogged Paul Krugman in response. And yet while most see the move as little more than political gesturing, aimed in particular at Ron Paul and his followers, opinion polls show that support for the gold standard remains high. Whether the Left likes it or not, gold has returned to the mainstream of political debate.

In The Money Trap, Robert Pringle lays out the case for a “contemporary replacement” to gold, and the quest for an “international approach to securing monetary stability”. His preferred approach – though one he accepts is utopian – is for an international currency unit called the Ikon. The currency would be convertible on demand into a collection of shares traded on the world’s stock markets, and thus anchored to the real economy. Because of this, Pringle argues, market interest rates would be tied to the natural rate, and so booms and busts – of which the financial crisis is the latest notable example – would be a thing of the past. Moreover, unlike gold, the Ikon would not be subject to large swings in its real value; Pringle is clear that a return to gold is “less rational than alternatives”.

Pringle has high hopes for his Ikon, declaring that “the only permanent way out of the money trap, and the only escape from the grip of global finance, is to leap into a new monetary order – make a new kind of money – the Ikon”. So what exactly is “the money trap”, and from what “grip of global finance” are we trying to escape? Frustratingly, Pringle never adequately defines what the money trap is. “Everybody knows the advanced economies are in a trap”, he tells us, and asks “is it not obvious that governments, banks and international institutions are indeed trapped?”. Well possibly, but trapped how exactly? Like the gold standard, one of the key arguments for the Ikon is the discipline it would bring to governments and central banks. Pringle himself is critical of the “exorbitant privilege” of the US, and argues that the proper role of government should be to provide “a robust framework, a money and banking standard, and rules of the game”. “The principle objective of reforms should in my view be ‘expectational stability’, not growth”, he argues. So do we really want to free governments from the trap, or rather create the trap?

Perhaps this is being overly pedantic. Clearly Pringle believes that by introducing greater stability to the system, economic and financial activity will be set free: “An international monetary order is required to maximize the practical freedom of individuals and businesses to conduct their affairs as they wish”. Under the current system, investment is constrained not only by doubts over the future value of currency, a common argument against quantitative easing, but also over the very existence of certain currencies. And even if one disputes the overall benefit of his proposals, many of Pringle’s arguments are compelling. He highlights for example the “absurd misallocation of resources” that is generated through foreign exchange reserves, with Western countries borrowing vast amounts of capital from emerging markets. In a well-functioning system, as in economic textbooks, the exact opposite should occur.

The Money Trap is far from being a polemic, but rather a considered attempt to place the financial crisis in the context of the overall global financial system. In fact, Pringle’s own views are seldom made explicit until later in the book – the Ikon is not introduced until the penultimate chapter for example. Even then, he pleads simply for further research on his proposal, and offers a range of less radical alternatives for reform. All such reforms are rooted in Pringle’s belief that any lasting solution to the current instability must be coordinated at an international level. Hence he considers a North Atlantic currency area and a coordinated effort among emerging creditor nations to seize control of world money – “a creditor putsch”.

Overall therefore, The Money Trap will appeal to those with an interest in monetary policy or financial affairs, and offers a welcome alternative to most accounts of the Financial Crisis. The solutions may be on the radical side, but as growth forecasts continue to be revised downwards, and job figures continue to disappoint, such approaches may come to seem ever less radical. For many in the US, this is already the case. But whether The Money Trap really strengthens claims for broader reform is questionable. It does a thorough job of highlighting many failings of the existing system, but it is less clear that they would be resolved by the author’s proposals. The link between the two is never really made explicit enough, and it is surprising that so little space is given to countering likely criticisms. As a result, The Money Trap provides a more convincing case that the system is broken than it does for how to fix it.